The Go Getta Mix and Mingle

Powered by “ADRI.Vs Go Getta Mix” and The Go Getta Foundation, The Go Getta Mix and Mingle is a premier networking event created to acknowledge and salute the working “Go Getta” woman of today. Curated by ADRI.V, she wanted to take the time to “Salute” women who she believed possessed the Go Getta Spirit and don’t regularly take the moment to celebrate their wins. She wanted to remined them that “We See You, We Salute You and We Celebrate You”. Each year she identifies ten women to honor and she names them The Go Getta Talented Ten.

What is the Talented Ten you ask?
The Talented Tenth is a term that designated a leadership class of African Americans in the early 20th century. The term was created by Northern philanthropists, then publicized by W. E. B. Du Bois in an influential essay of the same name, which he published in September 1903. It appeared in The Negro Problem, a collection of essays written by leading African Americans.

ADRI.V decided to take the term to the 21st century and call it “The Talented Ten”. This group of women is a class of leaders, 10 Go Getta GI.R.L.S (Gifted Intelligent Relentless Leader’S) who are making things happen against the odds, blazing their own trail, not giving up and turning a dream into reality all the while encouraging others to do the same. 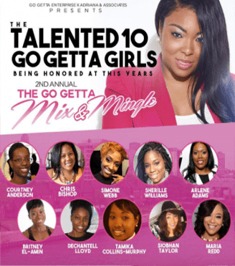 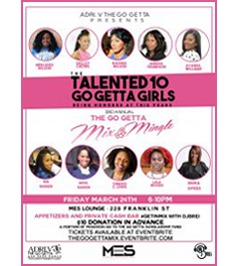 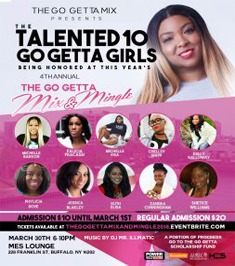 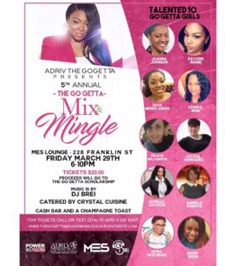