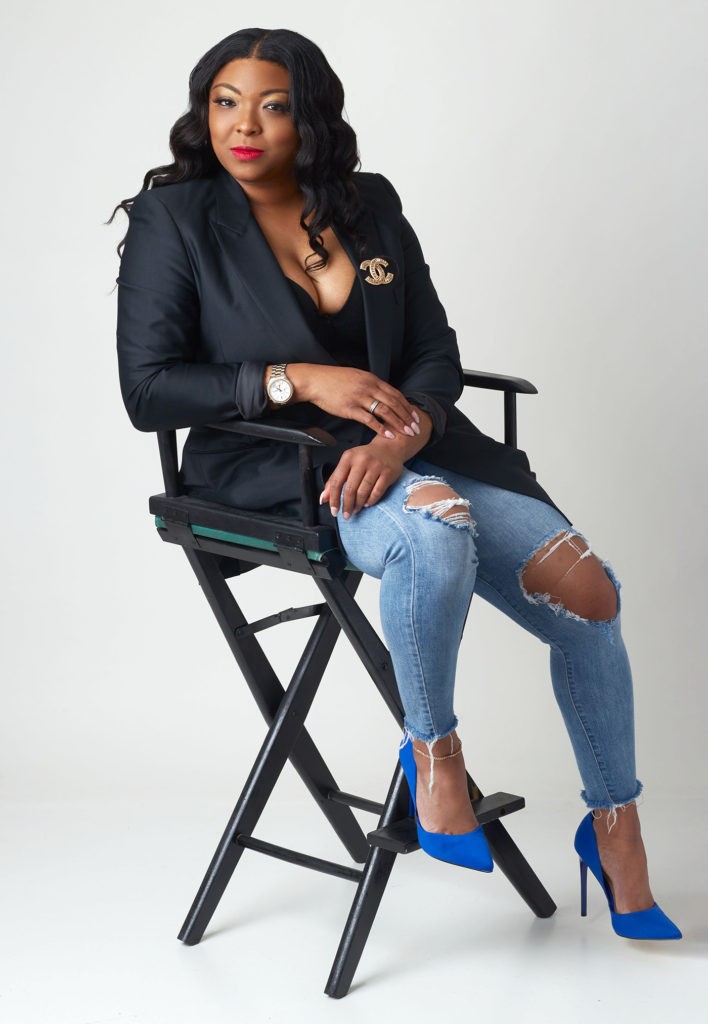 Adriana “ADRI.V” Viverette – better known as “The Go Getta” to friends, fans, and followers – started her multimedia career as an intern at her hometown radio station, 93.7 FM WBLK.  In the time since The Go Getta slogan has not only served as a motto for her life but has also become her PLAN FOR ACTION! At an early age, ADRI.V realized that one must ASK, SEEK, and KNOCK for what they want and believe in. With the pursuit of this plan, she began to grace the radio airways for the very same station that she once interned for at Townsquare Media in Buffalo, New York, and went much further than she could’ve ever imagined.

Building a reputation as the talkative little girl, Adriana would use her gift of gab to transform herself into a multimedia maven. Her love for music and entertainment came naturally at an early age, leading her to realize that a career marrying the two with her culturally in-tune commentary.

ADRI.V took full advantage of exposing herself to gaining experience in as many facets of the industry as possible. As general manager of her college radio station, WRUB, she oversaw all on-air programming and was an on-air host for her college TV station, SATV. In true Go Getta fashion from high school and throughout college, she interned at both her local radio station, 93.7 FM WBLK, and Buffalo’s local ABC affiliate WKBW-TV. She also tossed herself into the national arena as an intern at Black Entertainment Television (BET) and the Cable News Network (CNN).

ADRI.V obtained her Master of Business Administration Degree with a concentration in Marketing from Medaille College (Buffalo, NY) and her Bachelor of Arts Degree in Communications with a minor in Media Studies – along with two certifications in Public Relations, Advertising, and Journalism – from the University at Buffalo.

The originator of The Go Getta Mix, ADRI.V features DJs from Western New York, Southern Ontario, and surrounding areas on 93.7 WBLK every Friday from 10PM-2AM. The popularity of The Go Getta Mix has grown so much that it is now syndicated on HOT 99.1 WQHS (Albany, NY); on 103.9 WDKX (Rochester, NY); and on the DASH Radio channel TASTE. ADRI.V also hosts her own top-ranked weekly podcast called The G Code with ADRI.V where she features Go Gettas from all walks of life who discuss “the pretty, the ugly and the grind of success.” Always expanding her media footprint, ADRI.V has also contributed her on-air talents weekly on Sirius XM Radio’s Hip Hop Nation station as an entertainment reporter, and as a daily TV host for The Buzz 716 on WBBZ-TV (Buffalo, NY).

On a national scale, ADRI.V’s talents have taken her to the red carpets of the BET Awards, MTV Video Music Awards, and the Grammy Awards, working with and interviewing a number of celebrities ranging from well known R&B and Hip-Hop artists to high profile athletes. She has also hosted countless events for Mayor Byron W. Brown (Buffalo, NY), Mayor Lovely Warren (Rochester, NY), New York State Senators, and the New York State Assembly.

With a love for motivating and empowering youth, she has become the “Voice of the Youth,” as a motivational speaker, spreading the message of pursuing higher education and just what it means to be a “Go Getta.” Just in everything else, she pushes her audiences to ASK, SEEK, and KNOCK when it comes to every opportunity in life. Through her own philanthropic efforts, ADRI.V founded The Go Getta Girl Scholarship Foundation, which focuses on motivating and encouraging young girls and women to “Go Get It”: dream big, strive for excellence, and never give up hope on their dreams. After everything, of course, BE A GO GETTA!

For ADRI.V, “being a Go Getta” is not just a cute catchphrase to hashtag on a social media post; it is truly a lifestyle and way of life that encourages all to live their best lives.